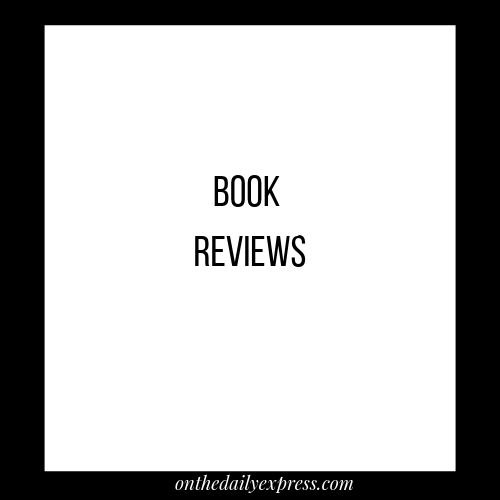 Welcome to my January 2020 Book Reviews! At the end of December, I calculated my total books read in 2019 and I tallied 116 books. My unofficial goal is two books per week (one audio, one Kindle) so I was glad to see that last year I met my goal! I won’t count on reading that many again this year, but I still want to try for two per week since I know I can usually find time for that if I keep out the other distractions of the phone, TV etc. As for this month, here are my selections followed by my reviews. 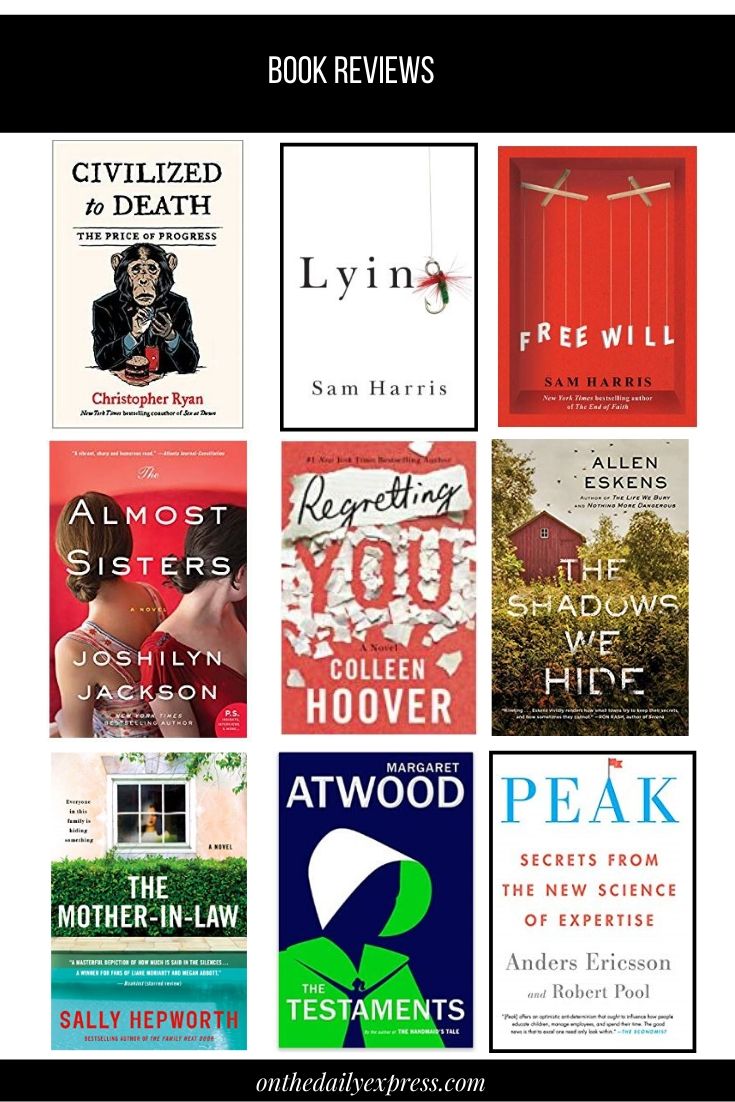 Book links are affiliate links, which means if you decide to purchase a book I recommend via Amazon, I may earn a small commission from your purchase at no cost to you. Thank you for supporting my reading and reviews!


Civilized to Death by Christopher Ryan
Premise: As humankind pats itself on the back for all of our progress and achievements of civilization, this author makes the case that perhaps we’ve gone too far and haven’t helped ourselves as much as we think.
Read Via: Audible
My Verdict: Recommend if the subject interests you. I really enjoyed this but probably because it really speaks to some of my own feelings about our “progress” and inventions we’ve created that aren’t really doing us any favors…yet we just can’t let go. The only thing is I was thinking in a much smaller scope (say…the last 50 years) and this author is taking it much further back to our foraging ancestors that dominate the greater portion of the human history. So this opened my eyes on that a lot. The whole point of this book essentially refutes this quote from Business insider, “Humanity is always moving forward with innovation after innovation, improving quality of life.” He challenges the notion that every innovation truly improves our quality of life and did a very thorough job of it!

Lying by Sam Harris
Premise: Honesty is the best policy…we should even re-think those white lies we tell to spare people’s feelings.
Read Via: Audible
My Verdict: Recommend. This is a very short book, so I wouldn’t recommend using a full Audible Credit for it. That said, I really enjoyed the author’s thoughts on this. I am not sure I’m ready to go full throttle down this path, but he does make a good case for it. One thing I’ll say is that in order to avoid lying in some common situations, he suggest some “better,” more honest responses. And while I do like his responses, it’s really hard to come up with stuff like that on the fly!

Free Will by Sam Harris
Premise: We think we have free will…Sam Harris thinks otherwise and he’ll lay it out for you in this mini-book.
Read Via: Audible.
My Verdict: Enjoyed. I didn’t enjoy this one quite as much as the previous because it was just a bit more philosophical and a little harder for me to follow in a few places. That said…I’d still recommend it if you enjoy his writing in general or are intrigued by the topic. It’s short and well written with some interesting food for thought.

Almost Sisters by Joshilyn Jackson
Basic Plot: Leia is a successful comic book artist whose personal and family life turns upside down. She’s dealing with an unplanned pregnancy, a stepsister in marital crisis, and a grandmother’s mental health struggles all at once.
Read Via: Kindle
My Verdict: Enjoyed. Since I really enjoyed Never Have I Ever by this author I wanted to read another by her. I wouldn’t say I liked this one quite as much because it didn’t really have the suspenseful cat-and-mouse quality that the other did, but it was a solid family drama. It took me a little while to get into (maybe 30% on Kindle) so it wasn’t the type that grips you from page one. But it did develop the characters well and make me intrigued as to how it would all be resolved. I probably would have liked this better on Audible since I tend to enjoy this type of interesting-but-not-gripping book a little better in that format.

Regretting You by Colleen Hoover
Basic Plot: A young mother and her teenage daughter struggle to get along in the midst of some major family drama.
Read Via: Kindle
My Verdict: Recommend. Colleen Hoover fans I think you’ll enjoy this! Colleen’s writing style is just so engaging. The story trades narrators between the mother and daughter main character, and I’m impressed with the way Colleen manages to write a teenage narrator that seems realistic but not too annoying to me as an adult. This book started out interesting enough, but around 20%…boom. Colleen brings in her signature “OMG what is happening now and how will this ever get resolved” hook that keeps you cruising through the book until the end!

The Shadows We Hide by Allen Eskens
Basic Plot: A young man finds out that his father died under suspicious circumstances. He never met his father while living but feels compelled to investigate this death.
Read Via: Kindle
My Verdict: Recommend. This was very well done. Great characters and layers of plot with twists and turns that keep you guessing until the end. This is a sequel to The Life We Bury, and while you don’t have to read that first to understand this book, you really should anyway. It adds more depth and interest to the characters.

The Mother-In-Law by Sally Hepworth

Basic Plot: Lucy has never gotten along well with her Mother-In-Law Diana, so when Diana dies by alleged suicide, questions arise as to whether there was foul play.
Read Via: Kindle
My Verdict: It Was Okay. This was a fairly easy read and it held my interest well enough, but it just lacked that certain something that makes a book a page-turner. There was nothing memorable about it or special enough that I’d want to recommend it to others. There was also nothing that especially annoyed me about it either, so I don’t want to make it sound like a “bad” book per se. It “passed the time just fine” as Steph always says for her book ratings.

The Testaments by Margaret Atwood
Basic Plot: In the sequel to The Handmaid’s Tale, we learn more about how Gilead came to be and ultimately what became of the main character from the first book.
Read Via: Audible
My Verdict: Mixed Feelings. First, I want to mention that the audio version of this book has three main narrators, one of them being Bryce Dallas Howard and she was a really fantastic narrator. That said, this book started strong for me and fizzled a bit. I thought the pace really slowed down in the middle of the book, then picked up again at the end. (For me, the first book was super slow to start then very engaging for the last 25%.) It was a satisfying conclusion to the first book and answered a lot of questions that were left unanswered after the first book. So I’m glad I read it and would definitely recommend it if you read the first book. That said, I cannot say I’m as in love with either of these books as other people. These are on a lot of “Best Of” lists, and they wouldn’t make any of my personal “Best of” lists.

Peak: Secrets from the New Science of Expertise by Robert Pool and Anders Ericsson
Basic Premise: If you’ve ever heard of the 10,000 Hours Rule (popularized by Malcolm Gladwell in Outliers) or been amazed by a child prodigy like Mozart, this book will break down the myths and realities of the research behind those claims and amazing stories
Read Via: Audible
My Verdict: Recommend. I really enjoyed this book more than I expected since I have read others that were similar. One key thing to note is that if you have also read Outliers, these authors are the actual researchers behind that 10,000 hours claim that Gladwell popularized, and they felt he took their research a little bit out of context. Not that they are saying he got it wrong or that it was ill-intended, just that there’s much more to it. If you are interested in music at all you may find this book especially interesting since so many of their research studies were related to musicians or musical topics. They also thoroughly debunk the concepts of child prodigies and savants, which I found really fascinating.

Quick Picks:
For quick recommendation without the specifics of what I did/didn’t like, here are the books from this month that I’m likely to recommend to friends and family in real life:

Fiction:
Regretting You by Colleen Hoover
The Shadows We Hide by Allen Eskens

Nonfiction:
Civilized to Death by Christopher Ryan
Lying by Sam Harris
Free Will by Sam Harris
Peak: Secrets from the New Science of Expertise by Robert Pool and Anders Ericsson

Current Reads + Up Next:
I’m currently reading The Last Romantics  on Kindle and enjoying so far. It’s a sibling saga that reminds me a bit of The Dutch House or Ask Again, Yes. I’m also reading Vince and Joy by Lisa Jewell on audio. This is an older Jewell book (2006) that was recently released on Audible and I can guarantee I will be recommending it to Jewell fans next month. It’s really sweet and charming – needless to say this is not one of her suspense novels!

And that’s it for this month! Can’t wait to hear what you’ve all be reading or which books from this month you’ll be adding to your list! As usual I’m joining Steph & Jana for Show Us Your Books so head on over there for more recommendations!

NEWSLETTERS
Get all the best of the blog sent straight to your email inbox. Because you're busy. I get that.